All Things Gelatin and our Favorite New Tahitian Dessert!

Some of the most common dishes made of gelatin is Ptcha (aka galaretta), marshmallows, and the ever classic Jello. Gelatin is something people have been eating and using since before the middle ages.

I’m about to go a bit geek on you, and give you all the different types of gelatins, substitutes, and uses for these unique products. Let’s begin!

Gelatin is an animal by-product that is made from the collagen of most commonly pig, fish, or cow.  Now, the word collagen may have sounded familiar to you- that is because you have probably heard a skin care commercial that says that the product is infused with collagen (it’s not as gross as it sounds). Collagen is the protein that holds the body together, which is why it is used in anti-aging cosmetics.  This same reason is also how it does what we see in food as a stabilizer.  It used to be used a lot as the stabilizer in ice cream, and while it is not as generally used today, it can still be found in some. Gelatin when dissolved, also has a glossy sheen which is why it is used in food styling and photography. Gelatin is also often found in different pharmaceuticals.

Gelatin is sold to the general public as powder, sheets, or leaves.

Agar Agar, or agar, is a gelatin substitute derived from seaweed that was discovered in Japan way back in the 1600s (?). Before you jump into using it though, there are a few differences that might help you make the best jello dessert ever, even more easily.  Agar dissolves like regular gelatin, just at a higher temperature, and here’s a bonus-  it sets stronger and at a higher temperature (animal gelatin needs to be set in the fridge, while agar can set at room temperature).  One thing to keep in mind when you are subbing animal gelatin for agar is that because agar sets more solidly, it won’t have the same elasticity as animal gelatin. Agar also doesn’t gel as well in acidic liquids, so if you are using an acidic liquid, use a little more agar.

Substitute conversion: 1 for 1 if both are powder

To use agar: Allow it to sit in the liquid for 15 minutes then bring to a gentle boil. Lower it to a simmer and continue stirring until the agar is completely dissolved.

Carrageen is a purple seaweed that thickens the liquid it has been cooked in.  After looking in my pantry, this seems to be more popular than agar among food manufacturers. It is even put into things like Jello’s chocolate pudding (which once cooked would have the milk fats to thicken it) for extra thickening.  If you look at the ingredient labels, carrageen can also be listed as carrageenan which is a carrageen extract. That name may sound familiar to you as it is often found in Almond milk brands to keep the product from separating and to give it a creamy texture. It is regarded as safe by the FDA, although some people have reported gastrointestinal issues.

One ounce of dried carrageen will set one cup of liquid.

To use carrageen: rinse dried carrageen and then soak in water until it swells (like chia seeds). Add the swelled carrageen to the liquid you want to gel and bring to a boil for 10 minutes.  Strain out the carrageen (while it’s still hot so it doesn’t set into the liquid), and let your mixture set.

When you use animal gelatin, agar, or carrageen, keep in mind that it is not a Jell-O dessert mix.  Jell-O dessert mixes have sugar, food colorings, etc., added to make it the product it is marketed as.  There are some instances however, where using a Jell-O (or other brand) gelatin mix for a recipe makes for an easier and faster recipe.  We used the Geffen brand clear gel dessert to create the coconut panna cotta layer for the dessert below. If you attempt to make this unique dessert I would recommend you use the same product since it has not been tested yet with any other substitutes.

My last pop up restaurant had a global theme and for dessert we visited Tahiti- definitely on my bucket list of places to travel to! Po’e is a very traditional Tahitian dish that typically uses banana as the main ingredient and corn starch to create an almost rubbery texture. [When I say this dish is unique, it’s pretty safe to say you’ve never had these flavors and textures in a dessert before!] Well po’e is usually cut into squares and served in a cup with a dollop of coconut cream. I decided to take panna cotta (another common French Polynesian dish) and create a double layer “cake” which then sets, gets cut into triangles, and then doused with chocolate, nuts, and toasted coconut.

This one definitely took some testing and if you were following along via Tastemade’s Snapchat takeover the day of the pop up. We had some difficulty scaling it in prep for the pop up-such a nightmare! But, it is perfected now and works perfectly in a 9X13 baking dish so have no fear! If you’re looking for a really different kind of dessert, I would definitely recommend giving this a try. It’s a unique dining experience, and it is unlike any dessert you’ve ever had before. I am willing to put money on that. Enjoy!

To make the coconut gel layer:

Bring the coconut milk, creamer, and vanilla to a boil. Right when it comes to a boil, remove from heat and whisk in the Glicks or Geffen Jello mix. Immediately pour over cooled Po’e layer (working quickly) and refrigerate until firm.

Once the double layer ‘cake’ is set, carefully slice it into 16 pieces-we did triangles for the pop up. When ready to serve, place each piece of cake on a plate, drizzle liberally with chocolate, and top with coconut, and macadamia nuts. Garnish with fruit and edible flowers to give it that real Tahitian touch! 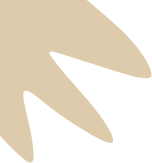